Hey everyone! On Saturday we had our 2nd public tasting event, this time at the awesome food truck park Boardwalk on Bulverde (14732 Bulverde Rd).  If you haven’t been there before, this weekend is their FOOD TRUCK THROWDOWN, so sounds like a good time to check it out!  The event was nice.  We had a shaded bar area, we got to use our banner for the first time, we served a BUNCH of beer, and we got a BUNCH of feedback! 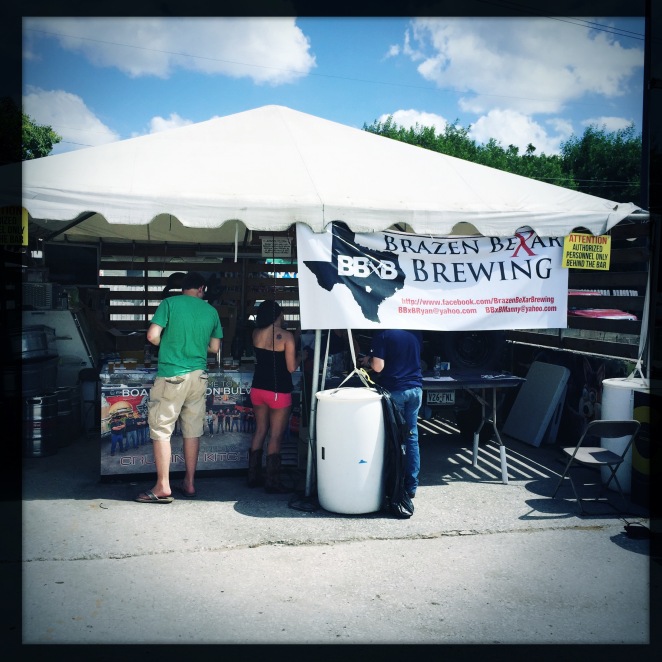 Our set up, with our fancy schmancy new banner

Beers, waiting to be graded by the masses

We had a decent sized crowd that came in waves, so we’d have times with a lot of people at the table, and times with none.  This crowd also had a lot more interaction with us than the last crowd, which was made up more of people we knew.  This time there were a lot more people we didn’t know personally hanging out, and I feel that made for more honest and valid feedback.  Speaking of, the feedback was sort of what we expected.  The beers that we thought needed the most work got the lowest scores… but nothing scored “low”!  We were amazed once we tabulated the forms as to just HOW HIGH the people at BoB rated the beers!  Thanks guys and gals! *blush*

We also met some cool people that want to help us in the future with getting the word out, as well as some representatives from Four Corners Brewing Company, who brought us some of THEIR beer.  You guys rock!!!  We got to sell some glasses, and with the money we took in from that we ordered stickers (so you too can have your BBxB sticker soon!)  Other than the fact that it was SUPER DUPER HOT, this was a really fun event, and we want to thank everyone for coming out.  On top of that we had 50 new Facebook followers in less than 24 hours, so the word is getting out! 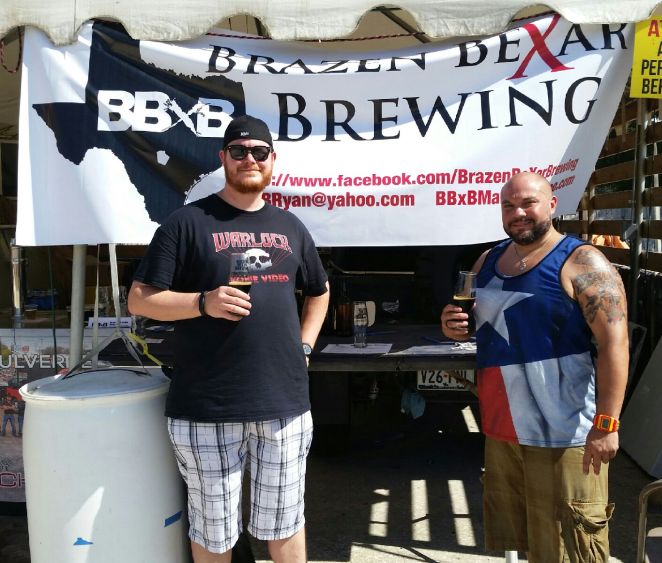 Ryan and Manny take a beer break outside the tent

Awwww BoB, we love you too!

Speaking of getting the word out, we just applied to be a part of the Break Fast & Launch program, which is a “culinary business accelerator,” in other words they help us get going quicker.  If you could do us a solid and go here and tell them how cool you think we are, that might help us get in the program!  Anyone in the San Antonio area looking to get one of our glasses, email BBxBRyan@yahoo.com or BBxBManny@yahoo.com and we’ll make that happen.  In the meantime in-betweentime, we’ll leave you with the video Ryan made for B F & L.  Until next time…

Hey everyone!  Thanks to those of you who made it out to Home Brew Party on Bandera for our first public event.  We really enjoyed meeting you and getting your feedback on the beers!  It seems overall we were well received, but there are some things to work on.  That’s exactly what we wanted to know – what can we make better, and what is working right now.  When we have these events, it’s not to make ourselves feel good or pat ourselves on the back, it’s to get good, usable feedback.  Feedback is a gift, positive or negative, so we were glad to get a lot of responses that weren’t just “It’s great!”

What we were pouring (plus Monogamous: Simcoe made it out there too)

Feedback is a gift. 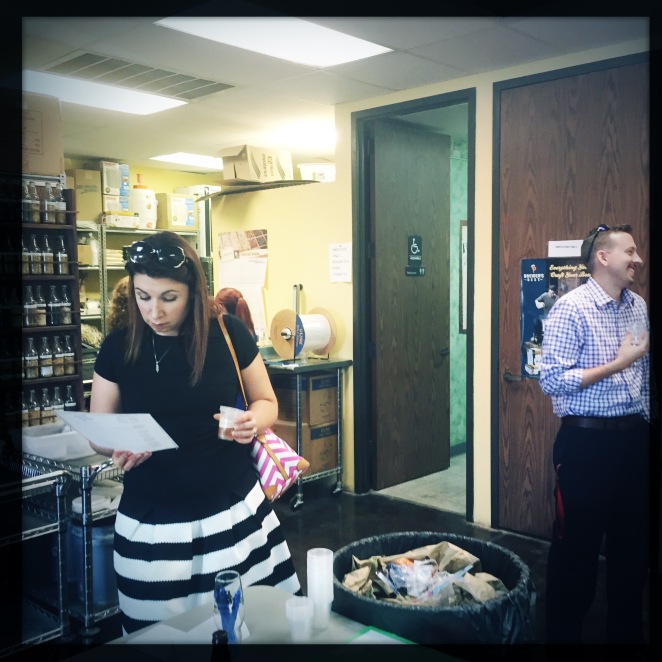 A few of the peeps that made it out… Hi Nicole and Troy!

We had a decent sized crowd, and gave away the majority of the beer we brought with us.  The next event is Saturday, 7/18, from 3 – ??? at Boardwalk on Bulverde (14732 Bulverde Rd, San Antonio, TX 78247) and we’d love to see you there.  Please tell your friends.  The more people we can get there, the more honest feedback we can get, which will do nothing but make our beers better for you when you actually have the ability to buy some!  In the mean time, FREE BEER.  We will again have our 1st edition glass for sale for $6 as well.  Manny and I hope to see you, and your friends, and your friend’s friends… cheers!

Bottles as far as the eye could see…. if you are very short sighted. Let’s just say: bottles.

Cheers from BBxB to you!

We are really excited to announce the first two opportunities to try yourself some BBxB!  Wednesday, July 1st, at Home Brew Party Bandera (8407 Bandera Rd, Ste 103) from 5-8 https://www.facebook.com/events/411086812419558/ we will be pouring Bogues Beauregarde, Cap’n ‘Murica, Inked, and Nebula from our Standard series. We will also have Tetahi e Waru Tekau, and a limited amount of Something Wild this way Comes from our Brazen series.  Glasses will be for sale for $6! 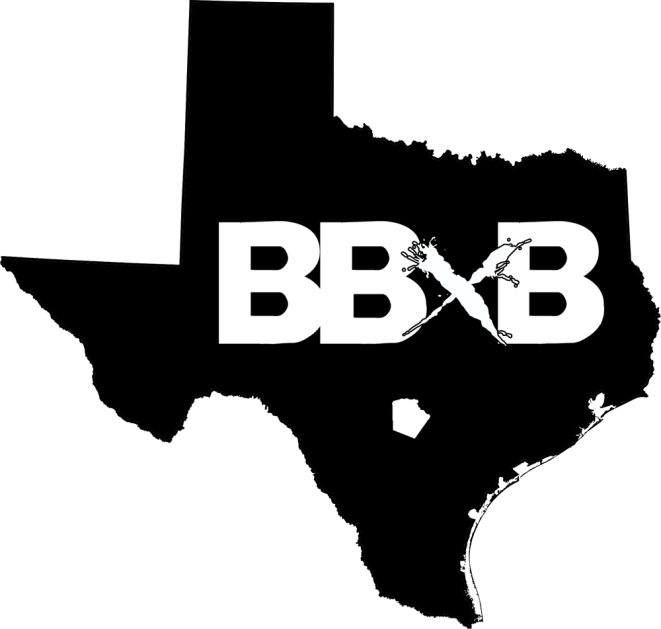 Be Social With Us!