Hey everyone!  Just a reminder that THIS SATURDAY, 7/18, we will be at Boardwalk on Bulverde (14732 Bulverde Rd) giving out free beer samples!  All we ask in return is that you give us some feedback (on the handy dandy feedback forms that will be provided), and if you really like it, social media love is always nice! 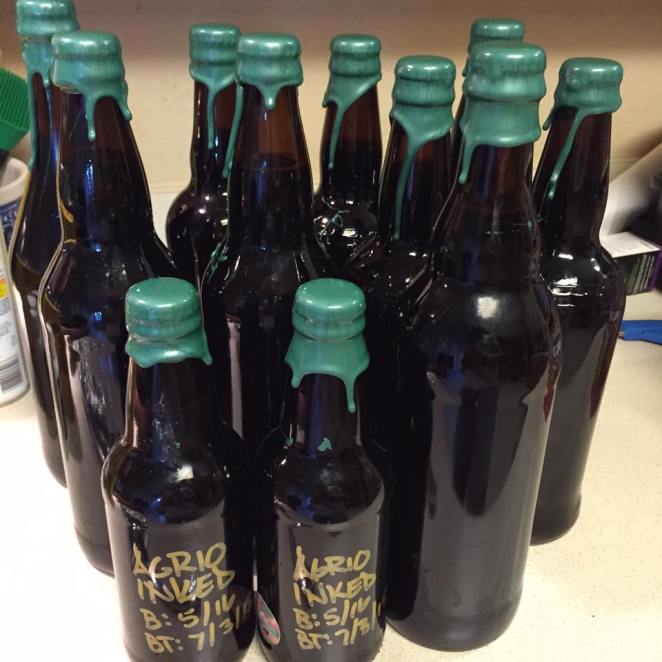 We will be pouring Nebula (Tripel), Bogues Beauregarde (Saison), Cap’n ‘Murica (Pale Ale), Tetahi e Waru Tekau (Double IPA), Inked (Oatmeal Stout), Something Wild This Way Comes (Sour), and we will be premiering Agrio Inked (Sour Stout) and Monogamous: Citra (Single Hop IPA)!  And it’s all free!!!  We will also have some glasses for sale separately, but there is no obligation to buy anything to get free beer.  The beer is free, the glasses are on their own.

Monogamous: Citra is ready for your tasting enjoyment…

Hey everyone!  Thanks to those of you who made it out to Home Brew Party on Bandera for our first public event.  We really enjoyed meeting you and getting your feedback on the beers!  It seems overall we were well received, but there are some things to work on.  That’s exactly what we wanted to know – what can we make better, and what is working right now.  When we have these events, it’s not to make ourselves feel good or pat ourselves on the back, it’s to get good, usable feedback.  Feedback is a gift, positive or negative, so we were glad to get a lot of responses that weren’t just “It’s great!”

What we were pouring (plus Monogamous: Simcoe made it out there too)

Feedback is a gift.

A few of the peeps that made it out… Hi Nicole and Troy!

We had a decent sized crowd, and gave away the majority of the beer we brought with us.  The next event is Saturday, 7/18, from 3 – ??? at Boardwalk on Bulverde (14732 Bulverde Rd, San Antonio, TX 78247) and we’d love to see you there.  Please tell your friends.  The more people we can get there, the more honest feedback we can get, which will do nothing but make our beers better for you when you actually have the ability to buy some!  In the mean time, FREE BEER.  We will again have our 1st edition glass for sale for $6 as well.  Manny and I hope to see you, and your friends, and your friend’s friends… cheers! 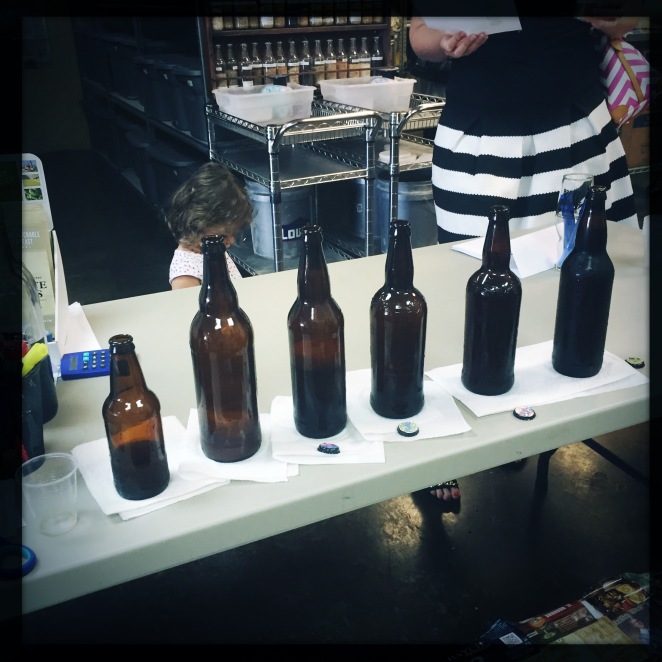 Bottles as far as the eye could see…. if you are very short sighted. Let’s just say: bottles. 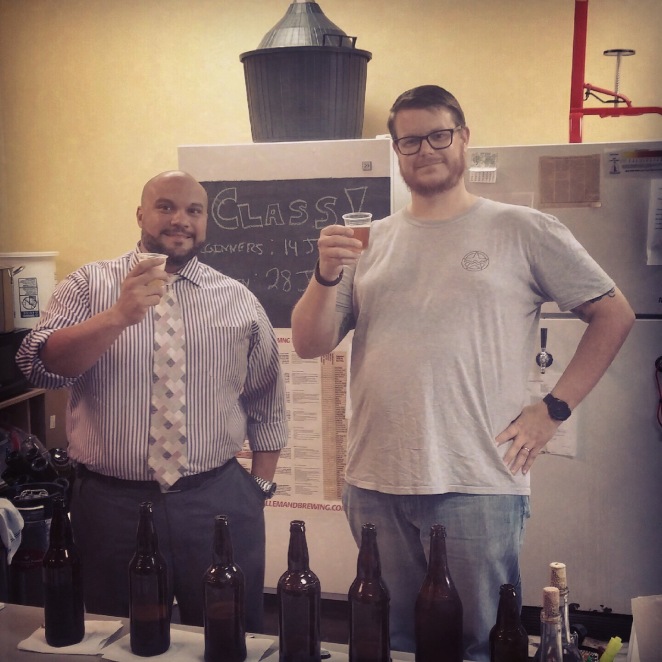 Cheers from BBxB to you!

This past Sunday we brewed what could be one of our “standard” series of beers, Drie Door Negen Nevel.  This is a Belgian Tripel, but made a bit BBxB by using Australian Galaxy for the aromatic hops.  I (Ryan) decided to go this way because the Belgian yeast, when fermented at the right temperatures, usually gives of fruity esters.  I wanted to compliment these esters with a tropical and fruity aromatic hop.

A Belgian golden by a Texas brewery seemed like an appropriate compliment to brew day. All images © 2015 BBxB 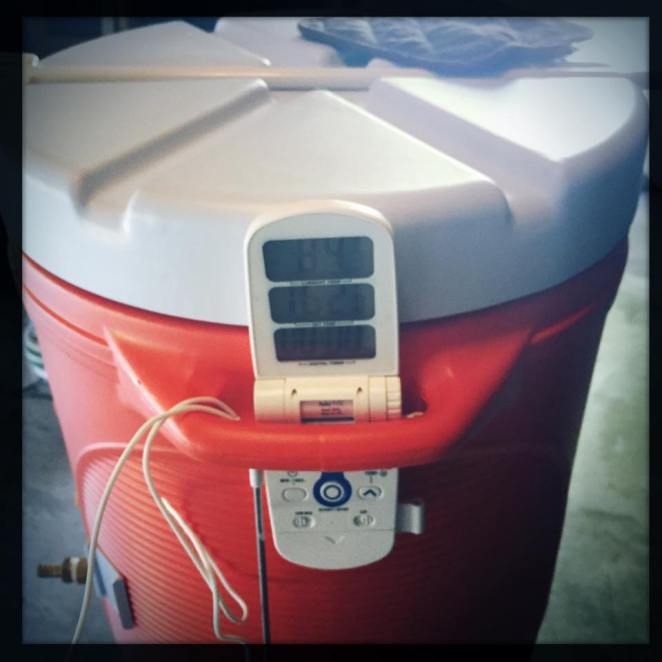 Overall the day went well.  I had help from Robert, a friend from work who wanted to try out all-grain brewing, and was interested in making a tripel, so DDNN was born.  The name means “3 by 9 Nebula” in Dutch… 3 for the 3 Galaxy additions, 9 for the expected ABV and Nebula as a synonym for Galaxy that sounds better in Dutch (rolls off the tongue better than “Melkeg”).

The vorlauf as we get the wort prepared to boil

Robert drops the bittering hops into the hop spider

There were a few small setbacks here and there.  I forgot to add the sugar in until a little later in the boil, but I don’t expect this to be an issue.  I also broke my hydrometer… so we’re gonna have to guess on the ABV on this bad boy!  I am really looking forward to see how this one turns out, as Manny and I have been working on filling out our Standard series so that we’ve got a sold baseline to experiment from.

The bittering hops… and a sadly empty glass. 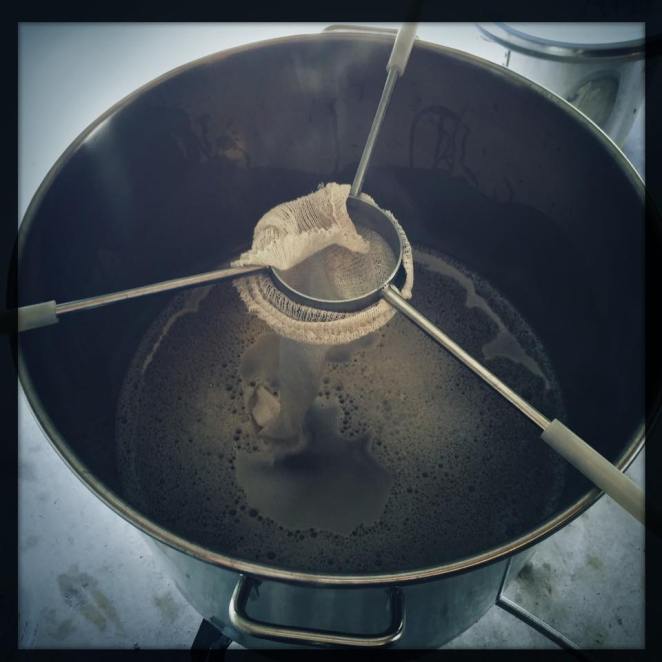 The Spider, doing it’s thing. I hope this will lend to clearer beer.

Two weeks from now, we will brew again, and I’m thinking it might be time for the return of And The Answer is: None. None More Black. so that it can be ready for our adventure in the 3rd week in June!

Be Social With Us!